​“You shall know the truth and the truth shall set you free." (John 8:32)​
SET FREE INTERNATIONAL MINISTRIES

Date:   Sunday 1st March 2020
​Time:   4pm
​Venue: Rockdale Senior Citizen's Centre  36 George St  Rockdale  2216  NSW
"..and He cast out the spirits with a word and healed all who were sick!"  (Matthew 8:16)
​There was a packed hall on Sunday afternoon of people coming to receive from God! And they certainly weren't disappointed! The Lord always confirms His Word with signs and wonders, and last Sunday was no exception!

Following the preaching of the Word, six people gave their hearts to the Lord or rededicated their lives to Him!

After that we saw many delivered from demonic forces and also many instant miraculous healings! People were delivered from witchcraft spirits and generational curses, and set free by the powerful blood of Jesus!

One young sportsman was instantly miraculously healed from a number of sports injuries from the shoulders right down to the ankles! Praise the Lord! Jesus is the same yesterday today and forever! And as we heard about in the preaching, He is just as willing to heal you today, as He was to heal the leper that He spoke to, saying, "I am willing!" (Mark 1:41)
​
We had a great time, with the power of the Lord present to heal! If you missed this JESUS HEALS! meeting, our next one will be Sunday 5th April at 4pm! Come and receive from the powerful anointing that is in these meetings!
"He sent His Word and healed them and delivered them from their destructions!"  (Psalm 107:20) 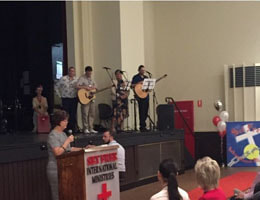 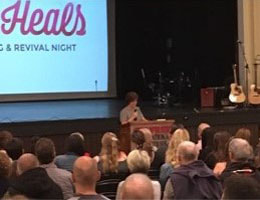 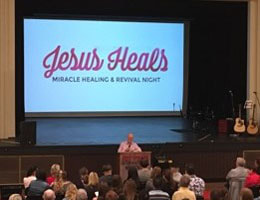 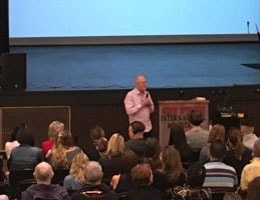 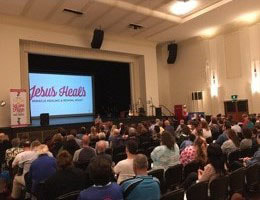 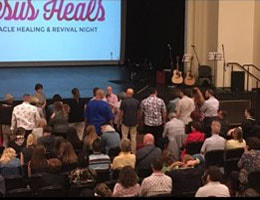 LOOK WHAT THE LORD HAS DONE!
​We had a great evening on Saturday with a good crowd that came to hear and be healed! The powerful Word of God was preached and we heard testimonies of how others had received their healing at previous events. This includes the testimony of  a man who received prayer at Set Free, for his eyesight, after being told he would need an operation. Almost 20 years later he has still not had the operation - he is now 92 years old, and is still driving and still does not wear glasses! Also, our daughter was there who Jesus raised from the dead back in 2007, after anointing her with oil and praying the prayer of faith over her!

​The power of the Lord was present to heal and the people certainly came forward in faith to receive their healing at the ministry time! Before ministering to the sick, an invitation to come to Christ was given and a line of people came to the front to be saved! Praise the Lord!
​
We saw many instant miraculous healings, and are still receiving feedback from others. If you have a testimony from the night, please share it with us - we would really like to hear from you! One man was healed of deafness in one ear; two other people received their healing from painful and debilitating back problems; a lady received healing from a wound which refused to heal and was threatening the amputation of toes; another lady was healed of a restricting and painful shoulder problem, and kept rotating her now free arm in its socket!